On Being an Asian Foster Youth by Jessica Mi 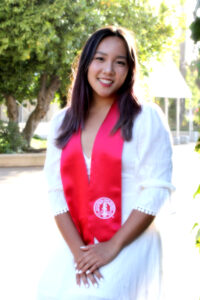 My name is Jessica Mi. I am a former foster youth, Stanford graduate, and between the ages of 14 and 21, I was a client of East Bay Children’s Law Offices. I am also Chinese-American, and while in foster care I was one of very few Asian-American youth in the system.

In California, Asian American youth account for 12.7% of the child population, yet are underrepresented in the foster care system, with only 2% of the foster youth population being Asian. By comparison, Black youth comprise 5.4% of the child population, but are greatly overrepresented in foster care, with 21.7% of youth in foster care being Black. Systematic and institutionalized racism is to blame for overrepresentation, which has had harmful consequences and resulted in negative outcomes for many families of color. However, the same systematic biases could be responsible for the underrepresentation of Asian youth, bringing to light important gaps in our approach to social work.

Across the US, Asian youth are underrepresented in foster care. Only 1% of all children in foster care in the US are Asian, despite Asian youth representing 5% of the overall child population. At face value, one might accept this underrepresentation as a positive sign that Asian communities are functioning well and do not need system support. However, a more critical examination may tell a different story: a child welfare system that fails to reach Asian populations, and intentionally excludes them from services. Cultural barriers and the model minority stereotype hinder social services from reaching Asian communities, even when those communities are experiencing crises and need support.

Currently, the CWS has little visibility into the experiences of Asian communities and underrepresentation stems from a failure to engage with the community, understand the challenges they face, and intervene when necessary.

Asians face a unique set of challenges as a diverse community of color with many ethnic and national backgrounds, languages, and experiences.  Asian American identities include numerous countries of origin including, but not limited to: Cambodia, China, India, Japan, Korea, Malaysia, Pakistan, the Philippine Islands, Thailand, and Vietnam. This diversity in language and cultural background often presents a challenge to service providers. Language barriers have been identified as the biggest barrier to effective and culturally competent social work in Asian communities. Furthermore, the Asian community has been struggling with targeted hate crimes and violence that have increased during the COVID-19 pandemic, leading to increased race-related anxiety.

I faced many struggles during my time in the system. I always felt aware of my racial identity, and a sense of “otherness”, since being an Asian youth in the foster care system was an anomaly. Statistically, I was a small minority and almost never engaged with other Asian American youth, case workers, or lawyers. Also, the system was disconnected from the culture and norms of my upbringing, and I lost my culture and language during my time in foster care. Growing up, I spoke Mandarin at home with my parents and lost a lot of that language ability when I moved to a foster home. Being Chinese-American was an important, defining part of my identity, and it was hard for me to preserve that connection while in foster care.

One explanation for the underrepresentation of Asian kids in foster care is the model minority myth, which may cause Asian kids to be overlooked when reporting child abuse and neglect. The model minority myth is the perception that a certain minority is more successful compared to others. This generalizes the Asian American identity based on a select group of successful Asian Americans while failing to understand the diversity of experiences and challenges of the group as a whole. In fact, studies have shown that Asian Americans have, “the widest economic disparity of any racial group in the US.” Generalization of Asian Americans as self-sufficient ignores the needs of low-income, working class Asian Americans and discourages public welfare systems from paying attention to the Asian community. The underrepresentation we see for Asian youth in foster care could signal communities in need being left behind by social services.

Asians are the fastest-growing immigrant population in the US and are projected to become the largest immigrant group by 2055. This is why we must increase the cultural competency of the CWS for Asian communities and identify any gaps or failures in services.

Reforms are needed to improve access to social services for Asian communities, and the first step is to obtain more information through research and data collection. We need to build strong community partnerships and invest in youth leadership to co-create an improved child welfare system and support all families in need.