Rob Waring has meant so much to his clients, and the many lawyers and students he’s mentored. To commemorate his zealous advocacy for children over the last 16 years, we asked him to share some wisdom from his career. 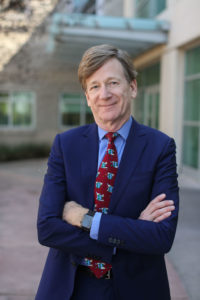 What led you to this work 16 years ago?

There have been a number of twists of fate. I participated in a full time internship program called Semester in the City while at Princeton. I chose to work for the Hudson County Court Administrator, and once there, he asked me to investigate and report back on what was going on in the newly created Juvenile Court in Jersey City, N.J. This became the launching pad for my senior thesis, entitled “Denial of Rights of Due Process of Law to Juveniles in New Jersey.” Many years later, while in law school, I worked in death penalty post-conviction relief and saw how child abuse turned up in nearly every case. After a few more career turns, I worked with judicial committees that commented on proposed legislation. It soon became obvious that the judges who were most passionate about their work were those in juvenile court. They helped me see where I needed to be.

I sometimes have a tendency to not take the easy path, but child welfare law is the hardest work I know. You see nearly the entire range of human behavior, from some of the most horrific and reprehensible conduct to the bravest and most noble sacrifices and perseverance you’ll ever have the privilege to witness. You’re constantly having to wrap your head around and react to situations that contain some new element you’ve never seen before. It’s a job that takes all you can give.

What have been some of the most rewarding aspects of being a dependency attorney?

The greatest reward is seeing kids transform when they begin living in a family environment that is loving and supportive – sometimes that is with a new family and sometimes it’s with the family to which they return. Children are the future, and it’s a privilege to be able to be with some of the neediest for part of their journey. In giving their dreams and desires a voice, you help some of them see they are valued. These journeys are absolutely incredible.

People are saying goodbye to me in ways that are so kind and profound. Each of those conversations reminds of an experience we shared that changed me for the better.

What are some lessons you’ve learned from your clients?

Those lessons are still revealing themselves to me like Zen Koans, and I expect this to continue for the rest of my life.

What have you accomplished that you were the proudest of?

Two steps in protecting privacy and personal autonomy of our clients. The first was getting legislation enacted to enhance protections of the confidentiality of therapy for foster kids. The second was a case in which a client was going to stop participating in therapy because her therapist was ordered to testify against her. We took it to the court of appeal and got that order reversed in a published opinion.

Building playbooks for our attorneys on a range of topics, including how to use the law to have a child moved back to their community and school or to prevent a child from being moved away in the first place.

Becoming a Certified Child Welfare Law Specialist. It’s a badge of sorts that shows I have been committed to this work.

What advice would you give to a new dependency attorney?

First, learn from social workers; they have valuable training you don’t have. They have knowledge about the array of issues surrounding abuse and neglect, as well as how to assess what is good social work and what is not. Just as important, they have advice on how to maintain healthy boundaries so you don’t burn out. Another benefit of these conversations is building professional relationships, which are especially important because so much of this work depends on trust between the various professionals.

Second, other lawyers may seek to gain an advantage because of your inexperience, but filing a few well written and researched briefs in appropriate cases will quickly earn you respect. And you don’t have to start from scratch – there are many good briefs in our brief bank.

What are you most looking forward to in retirement?

Seeing the person that I will become. After being exposed to the effects of so much trauma for a long time, I know that has changed me and sometimes left me with less energy to be there for family and friends. I want to show up for them with the same empathy and passion that I’ve put into this work.