Spotlight on a Special CASA 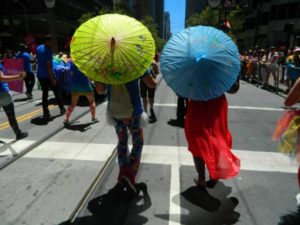 On a typical day, Josh* and his CASA Danny Ceballos will drive around, listen to music, discuss the latest episodes of RuPaul’s Drag Race and even hit up a few wig stores. Court Appointed Special Advocates (CASA) is an organization of community volunteers who mentor foster youth and advocate for them alongside children’s lawyers. Ceballos became Josh’s CASA about five and a half years ago when Josh was 10 years old. Josh was misunderstood and struggled to express himself, making it difficult for Josh to get paired with the right CASA volunteer at first, but that all changed when Danny came along. “The relationship I have with Josh is so much more than that,” said Ceballos. Ceballos visits Josh every week, and recently took Josh to the beach for the first time in Josh’s life.

Going to the PRIDE Parade in San Francisco is an annual tradition for the pair. Ceballos helps Josh learn to navigate the world as an LGBTQ+ youth, but he says Josh teaches him more than he teaches Josh. “He refuses to be pigeonholed, and he’s taught me what bravery is, without even knowing it,” said Ceballos. While Ceballos may teach Josh boundaries and life skills, Josh pushes Ceballos to wear a wig in public and to unapologetically be himself. Ceballos says there is so much to learn from kids a little outside the norm. “Be a CASA because you can change a kid and you can change the world,” said Ceballos. EBCLO is grateful to adults like Danny Ceballos who love and support our LGBTQ+ clients. We celebrate our LGBTQ+ clients this month, and always.

*not his real name 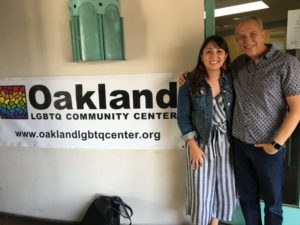